Have You Heard of the Santa Claus Rally? 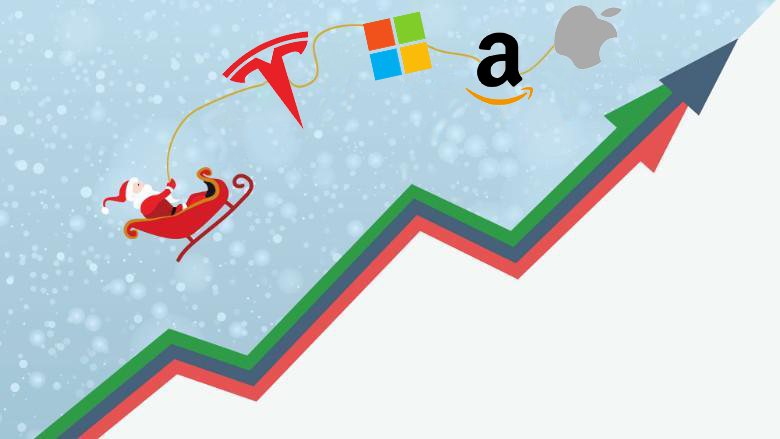 The Santa Claus Rally is the name given to a seasonal phenomenon during the year’s last five trading days and the first two sessions of the new year, when stocks have historically performed exceedingly well. It was discovered in 1972 by the creator of the Stock Trader’s Almanac, Yale Hirsch. The Santa Claus Rally is considered one of the best seven-day periods for equities in any point in a year, boasting an average return of 1.3%, the second best performance among any one-week period in a year.

It is speculated that this period performs well on average for various reasons, including increased holiday shopping boosting corporate sales, many investors on vacation which leads to thin trading volumes, and optimism about the holiday season and the coming year. It could also be a result of people buying stocks in anticipation of the rise in stock prices in January.

According to Ryan Detrick, chief market strategist for LPL Financial, “The bottom line is that bulls tend to believe in Santa.”

Decembers tend to get off to a relatively slow start and gain steam into the end of the calendar year. Additionally, the effect of the Santa Claus rally can shape trade in the following year. However, it must be acknowledged that this market impact is not guaranteed every year – it simply indicates average results and patterns over the years.

Detrick also indicated that, since the mid-1990s, “there have been only six times Santa failed to show in December.” January brought a move lower in five of those occurrences, and the full year had a solid gain only once — in 2016, but a mini–bear market early in that year. Also, the bear markets of 2000 and 2008 occurred after two of the rare occasions when the Santa Claus rally did not occur.

With a huge November gains, expectations for a December rally needed to be managed as the previous month’s surge may have detracted from the end of year rally. Also due to uncertainty surrounding the economic impact of COVID-19 and the responses to it, it was unclear if the seasonal impact of a Santa Claus Rally would be affected by any positive or negative news related to the virus or other similar issues.

Amid the above factors, uncertainty over control of the Senate, and continued political unrest around the presidential election results, the market recovered some early-week losses on January 5, as the major indices finished on positive ground on the closing of the Santa Claus Rally period.

All in all, the 2020-2021 Santa Claus Rally did occur – stocks went up during this period and markets saw an uplift and ushered in the first green of 2021. While this was less than the historical average of about 1.3%, it still bodes well for a positive outlook in 2021.

What is Dollar-Cost Averaging and Does it Really Work? 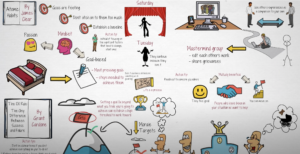 How to Come to Terms With Not Achieving Your Goals Immediately 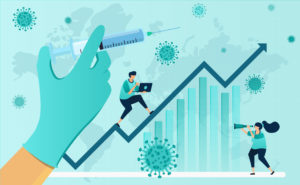 How Has the COVID-19 Vaccine Impacted the Economy — The Past, Present, and Future